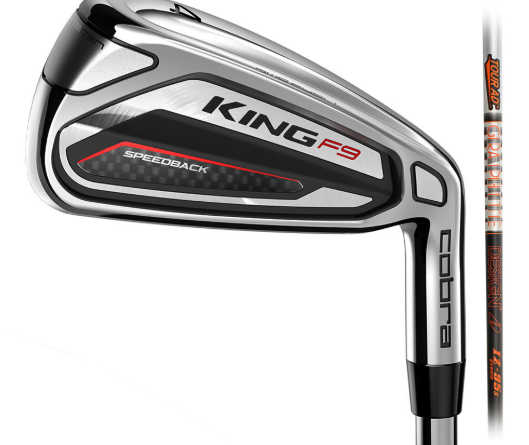 Rickie Fowler is one of the most popular players on the PGA Tour, as evidenced by the legions of fans that wear the same clothes and styles as him, and now Cobra is letting you dip into his golf bag and play his infamous “4-iron” yourself!

Cobra Golf is releasing a limited edition KING F9 SPEEDBACK “4-iron” that’s built just like Rickie’s, fitted with the awesome Graphite Design Tour AD IZ 95 shaft. The reason I keep putting “4-iron” in quotes is because the club isn’t really a 4-iron. With 19.5 degrees of loft, it falls into the range of a weak 2-iron (17 to 19) and a strong 3-iron (19 to 21 degrees).

I think it’s part of the legend of Rickie and a smart marketing gimmick to be able to say Rickie hits his 4-iron 290 off the tee, but even if it was stamped as a 2-iron, he still hits it a country mile.

As mentioned before, it comes in 19.5 degrees of loft with a Graphite Design Tour AD IZ95 shaft in stiff or x-stiff flexes at 39.5″ long (Which happens to be a standard 3-iron length).

Now the fun part – Cobra is selling this limited edition club for $349 direct on their wesbite. That’s a lot for a “4-iron” but if you are a fan of Rickie Fowler, this is a rare opportunity to play a club just like the one he has in his bag…